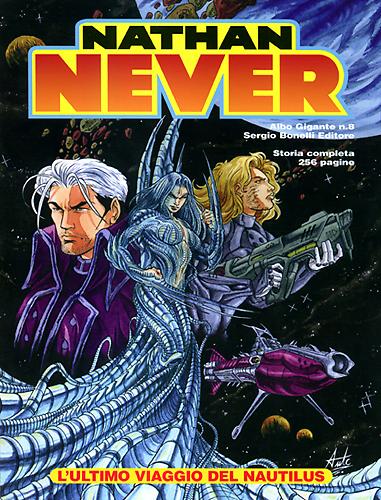 Introduction: Terrible ordeals await Nautilus and its crew before the final battle!


Arret, the “First Planet”, the forgotten planet, is the magic casket that conceals an immense power… A power that Empress Ann would like to seize possession of. Thought to have been defeated, the evil sovereign is now back to attack the crew of Nautilus, Captain Nemo and his daughter Artisia, and she launches the offensive by setting her hordes of Shra warriors against them. As things turn out, it is actually the young woman herself who involuntarily reveals the route to Arret, during a telepathic attack, and this triggers a frantic chase that doesn’t end until that arcane destination is reached. The stage is now set for the final showdown with the Empress, and in the course of this epic battle the secret of the “First Planet” will at last be unveiled!