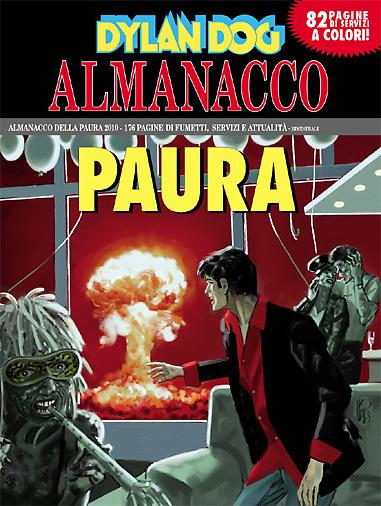 
Trapped inside a modern building in London’s outskirts, the Nightmare Investigator watches at the TV a scary outburst of violence, unfurled in the streets after an accident in a chemical plant spreaded a mysterious virus among the population. Meanwhile, an homicidal maniac, in disguise and armed with an axe, is roaming the building where the Old Boy and some other survivors found refuge— and he’s killing everyone he meets, one after another... This year’s Almanacco also features full-color files about Lucio Fulci, the Boogie Man who’s waiting in the dark, Ambrose Bierce’s invisible horror and a rich overview of horror books, comics, movies, TV series and videogames of the year.