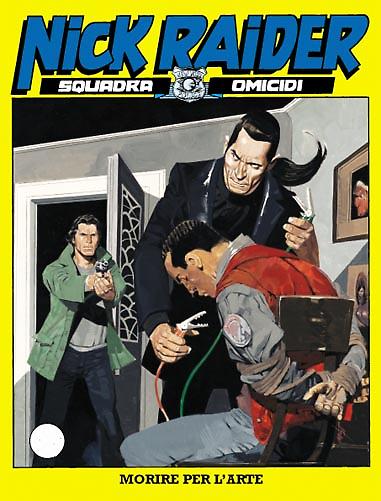 Introduction: A murder and an attempted kidnapping that turned nasty, apparently two quite unconnected events. Will Nick manage to unearth the murderers?

Forrester, a noted attorney, is found dead in his office. It appeared he’d caught an intruder rummaging around in his papers and documents, and at that point the intruder, realizing he’d been found out, had no hesitation at all about getting rid of him. Nick and Marvin are entrusted with conducting the investigation into the lawyer’s murder. While the pair sift through the New York judicial milieu with a toothcomb, in nearby New Jersey multimillionaire Milton narrowly escapes an attempted abduction, foiled at the last moment thanks to the courage of a police officer who loses his life in the shoot-out that ensues after he intervenes. What connection could there be between the two killings?