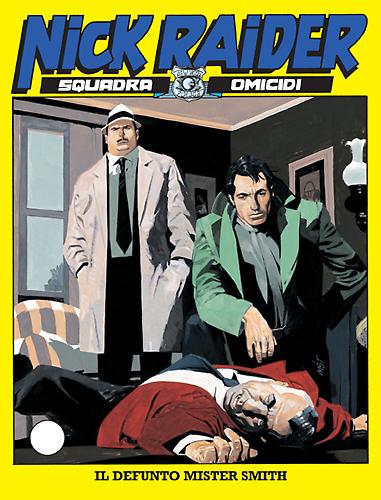 Introduction: The mysterious death of an ordinary kind of guy Nick Raider has to dig deep into the past of Mr Smith to figure out who ordered his premature passing

Beacon Motel, nothing special about it, just a run of the mill place to stop for the night. One of the regular clients, an ordinary commercial rep who dealt in stationery - and graced with one of the commonest names you could have in an English-speaking country, John Smith - is found dead in room 103. Nick and Marvin, summoned to the crime scene, discover with the help of Bowmann that the victim was killed with a shot fired at very close range by a 22 caliber gun with a silenced barrel. But in life Smith was such a mild-mannered and kind person, methodical on the job, a man of few words: who could possibly have wanted him dead? Who could have nursed an interest in getting rid of an insignificant perfectly average man?