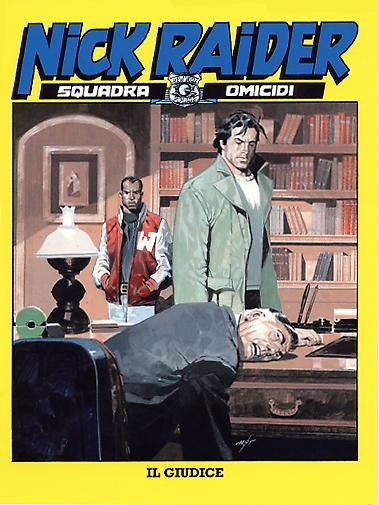 Introduction: A suspicious death, top secret documents with highly sensitive content, excellent reputations that risk losing not a little of their sheen...

Judge Steiner is dead, but he's one of those men who arouse more fear when they're dead that when they're alive. There are rumors circulating, in the usual well informed circles, to the effect that the judge kept a secret archive. An archive full of records and documents that represent a terrible threat for more than one individual. So it's quite logical, after the suspicious passing away of this man of the law, for someone to set the wheels of a strenuous treasure hunt in motion. A hunt it might, if the need arises, be necessary to kill for. But as far as the mysterious "hunter" is concerned, this is precisely the point where trouble crops up. Because wherever there's a there's a dead body and foul play is suspected, that's where you're bound to find Nick Raider and Marvin Brown!