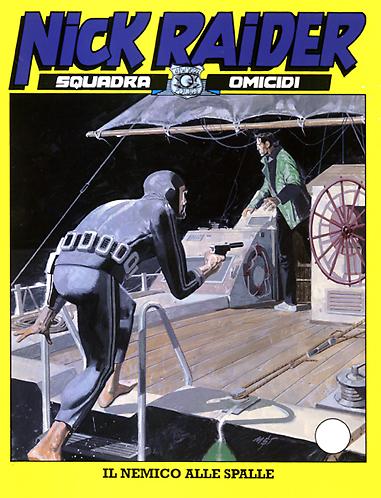 Introduction: An unusual weapon. A long chain of murders. Ruthless gang warfare Macabre fragments of a mosaic that is becoming more intricate by the hour

New York, a night just like any other, but there aren’t going to be any more nights like this for Elizabeth. An intruder who’s gotten inside her home shoots her at point-blank range. At first, suspicion falls on her husband, who’s suddenly gone missing, but then the man is found in a forest, killed with the same weapon. And when it turns out that he was a police officer, Anthony Connelly, who was responsible for the arrest of an Irish crime boss, the picture seems to become much clearer. But this is an illusion. Nick and Marvin discover that what’s really going on is something completely different… and unpredictable!