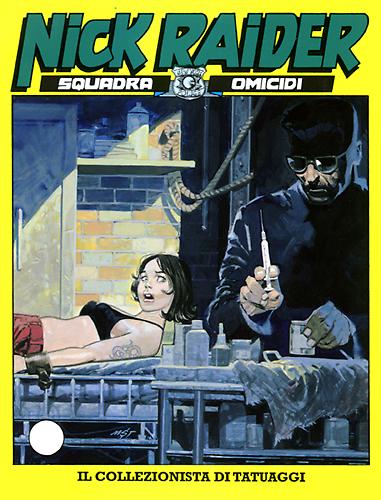 Introduction: Women whove gone missing, broken lives ruined out of obedience to the one and only principle thats valid on this earth, namely: the only thing of any value is what can be sold

They used to be young women, but now they’re no more than decomposed bodies from which flaps of skin of varying size have been excised. What lies behind the killer’s actions? A sadistic ritual, as would appear to be suggested by the fact that the murderer scalps his victims while they’re still alive, or is it some kind of sordid trade? In a flash of intuition, Nick and Marvin realize that the right track to follow is the one connected with the tattoos found on the corpses – the girls had had them done by veritable masters of this procedure, transforming themselves into something like living artworks. Living, that is, until they happened to meet the man who, to their misfortune, turned out to be a passionate estimator of this genre…