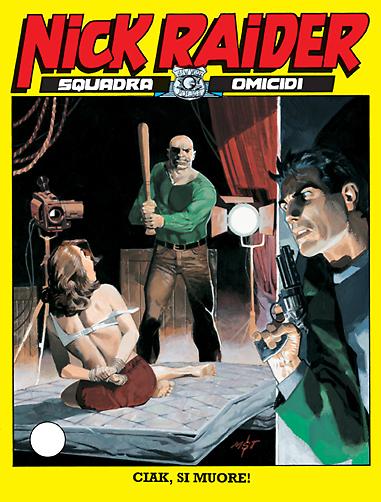 Introduction: Raider and Brown have to descend once again into the murkiest infernal circle of the Big Apple to give the people who butchered Carol a name and a face!

Carol Gumbert came away from deepest Texas with her head full of dreams and a strong drawl that some people found quite funny. But they weren’t the producers or movie directors she’d have liked to meet, but the customers instead. Because Carol, who wanted to become a Hollywood actress, actually ended up on the rolls of a New York escort agency and then on a waste tip, like a broken doll thrown away with the trash. Though on closer inspection, it isn’t quite true that she hasn’t managed to make her mark “on the set”. In fact, the tinsel town underworld of porn movies is precisely the area where Nick and Marvin will have to get working…