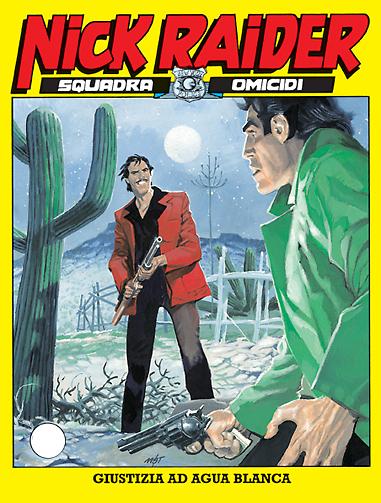 Introduction: What has armed the hand of the murderers of Albert and Neil Farrelly? To find out, Nick will have to get to grips with an adversary who has no qualms about killing purely for the sake of confounding the investigation and muddying the waters!

Sheriff Donaldson is on the payroll of Mister Crawford, the richest man in Agua Blanca, Texas, close to the Mexican border, but James Farrelly has no way of knowing this. And so, when he hears that his father Albert and his younger brother Neil have been killed by a gang of armed robbers, he has absolutely no reason to doubt the truth of this piece of news. But Dolores, the only one to have gotten out of the slaughter at the Farrelly ranch alive, has recognized one of the assailants, a man in Crawford’s pay. Through Sarita Méndez, she gets into contact with Nick Raider…