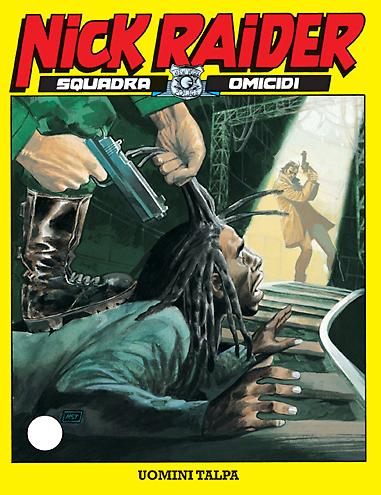 “The Predator” kills without mercy, but no-one will weep over his victims nor will there be any justice for them. Because the city where they live out their destinies is a place nobody can see, and you may even delude yourself into believing it does’t exist. But underneath the ground of New York there’s the dark side of the Big Apple, an equally vast network of nooks and crannies, recesses, passageways, disused gas and water conduits which, like a metropolitan version of the nether world, host a multitude of the damned. It’s there that “the Predator” has his hunting grounds… And it’s there that Nick Raider, guided by a shuffling Virgil who has seen better days, will creep down into the bowels of the earth to put an end to the Predator’s enterprises!