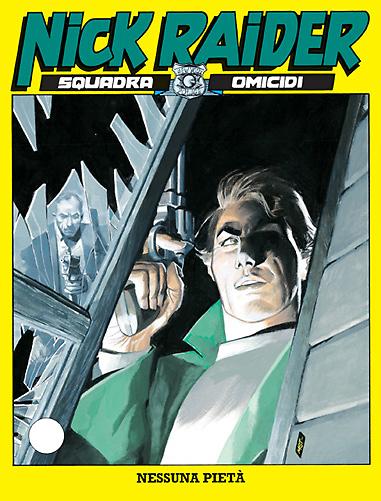 Why would a man who’s willing to fork out ten thousand dollars to bail an accomplice out of jail be all set to kill him straightaway afterwards? Well, you’d better ask Augey Wilson, a small-time but enterprising arms trafficker who’s gotten it into his head to pull off a big job: he’s teamed up with a brutal killer and now he’s strewing corpses all over the city. And Nick? If it were up to him and Marvin, time would be running out for Augey, but the men from the Central Precinct clash with the unfathomable mysteries of the FBI, who issue an irrevocable veto against the investigation… So that’s the end of the affair? Absolutely not! Not even the Feds would be able to stop Nick and Marvin when they’re on the hunt and the trail is still steaming with blood!