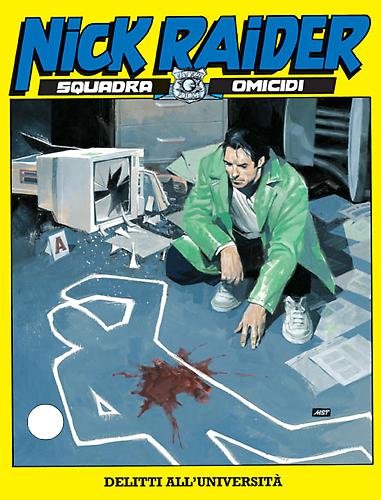 Introduction: Amid racist policemen, old unresolved crimes where the leads have gone cold, a black professor harassed by suspicion, a new case for the pair Raider & Brown, on the tracks of a ferocious murderer who has started killing again!


New York, Columbia University. A young student is killed, after she has spent a night with a professor who teaches on one of her courses. Quite a simple case, at first sight. But things are not what they seem… The student was studying to become an investigative journalist and she had resumed the investigations on an old crime that had gone cold: the case of another Columbia girl who’d been killed apparently for no reason. Nick and Marvin have a really hard time trying to unravel the intricate web of deceit, interest, complicity and smouldering resentment that is rife on the campus, but at least, at the end of their labours, they will have had the satisfaction of restoring public respect to an innocent person!