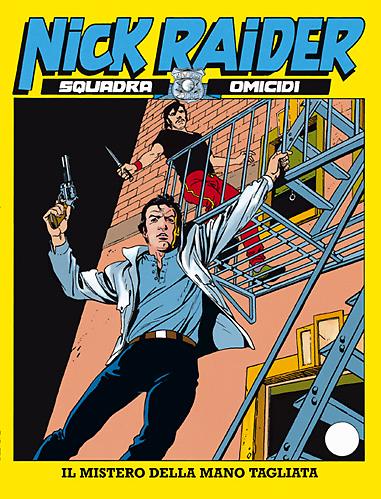 On successive days, no fewer than three severed hands are found in different parts of New York. Together with the macabre trophies, there’s a message in lettering made of alphabetic characters cut out from newpapers, which reads: “It won’t be a threat any more”. At first, the tests carried out by Blum, the forensic medical examiner, seem to suggest that the hands belong to three pianists. Nick Raider and his new colleague Marvin Brown set off to track down the maniac before he can strike any other musicians: what they want to do is not only discover his identity but also clarify the motives underlying his actions.