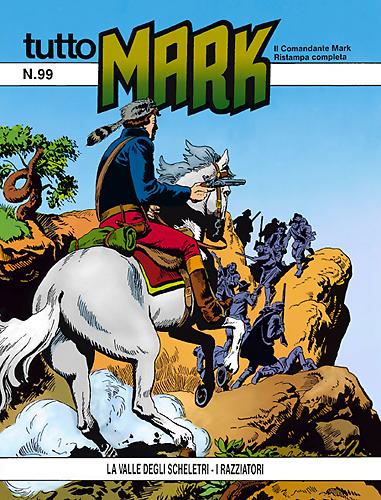 The English or the dangers of the Valley of Skeletons, the territory of the fierce Senecas – Mark has not the slightest doubt: the latter are a thousand times better. But he hasn’t reckoned with the cunning Bigelow. Deprived of his mount and disarmed, he will have to dodge the Indians, catch the scoundrel again and retrieve the letter without which the merchant Vandelys of Salem won’t let him even get close to the load of weapons destined to the patriots! "What are you waiting for before sending us the provisions? Here we’re starving to death, body of a thousand wretched beards!" This, more or less, was the rough eloquence with which Mister Bluff asked Colonel Montgomery of Fort Ross for news about the provisions destined to Fort Ontario. But the carriages with the supplies had left no less than twice, and twice they had ended up in the hands of unknown plunderers. Obviously, there must be a spy at Fort Ross, and to ferret the spy out Mark will have to call upon the sensuality of Jenny the Red and the intrepid heart of Betty!