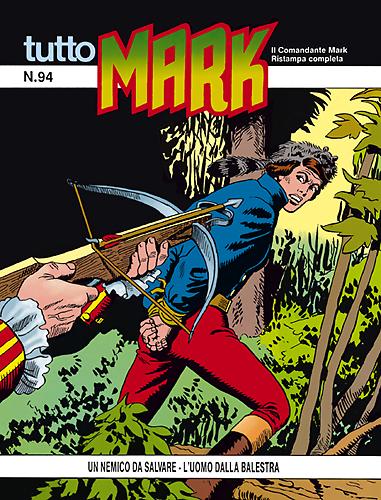 Captain Harris is an English soldier, but he is also a loyal fighter, valiant and just. So it is hardly surprising that he saved the inhabitants of Arrington from the viciousness of his own men and gentle Betty from the lewd desires of Sergeant Putnam. And it is equally unsurprising that Mark, with whom Harris has courageously crossed swords, rushes to his aid when the valiant official is accused of treason on the basis of the allegations by the vulgar Putnam and is then court-martialled. If all adversaries were like Captain Harris, the war would almost be an exchange of courtesies, but unfortunately that’s not the way things are, and when it’s a case of confronting an enemy who is hiding behind the art of intrigue, well, the hunter may end up turning into a prey. As happens to Mark when, after setting off to crack the English spy ring operating in the region, he falls victim to the beautiful Hazel and the ruthless murderer known as "the man with the cross-bow".