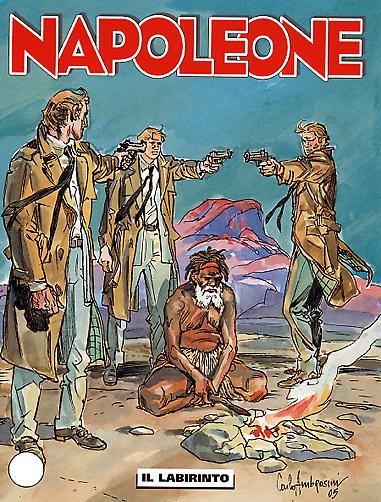 Introduction: Which one is the real Napoleone? Only the greatest detectives in history will succeed in uncovering the mystery

Having come to Geneva to attend an international meeting of doubles of famous detectives, a team composed of no less than Starsky & Hutch, Sherlock Holmes, Lt. Columbo and Kojak has to figure out which one is the real Entomologist Detective among the various Napoleones that appear on the scene of a crime hatched through the machinations of a shadowy enemy. This plotter will leave no stone unturned in the aim of discrediting his rival’s reputation. Meanwhile, it’s the theme of identity that is the focus of debate in the world “Beyond the Stars”, where Lucrezia, Scintillone and Caliendo are trapped in an intricate labyrinth…