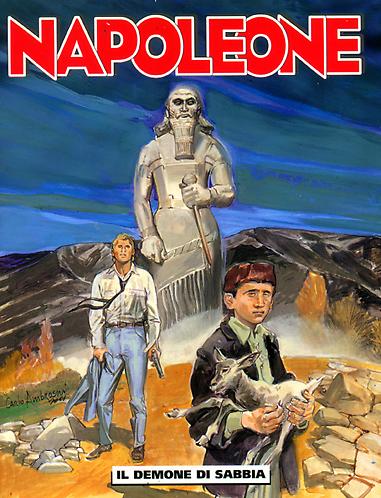 Since remotest antiquity, ever since the days of King Xerxes, those lands have been running with rivers of blood, in that faraway region of ancient Mesopotamia, perpetuating ad infinitum the gory succession of deaths that marks the passing of time in that realm. And Saulo, whose family was exterminated by a military regiment, seems to be following its eternal calling to massacre. But something stays his hand; the horror of a reprisal against helpless civilians enables him to sever the chain of hatred and tit-for-tat killings, and when the young warrior eventually learns not to respond to suffering with suffering, Napoleone is at his side!