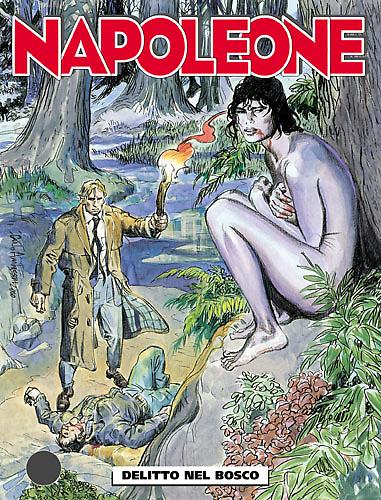 Amid the night shadows and the sinister howls of the wolves roaming the forest that borders Bauvasin, a remote Swiss village, a cruel murder bearing all the hallmarks of satanism is committed. There Napoleone discovers the dead body of a boy whose chest has been rent open and whose heart has been torn out. Beside him, trembling and in state of shock, stands young Aurore, descendant of another Aurore, who had been burned at the stake for witch-craft many centuries before. So it’s only natural for the people of the place to blame her for the murder... it’s the most natural and convenient solution, but Napoleone will manage to unravel the intricate tangles of superstition, lies and ambiguity which hide in the shadow of this bloody murder.