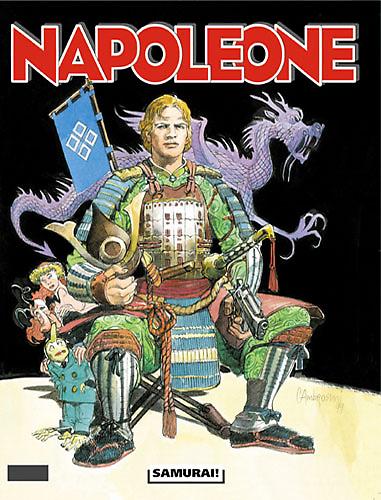 To consign a white rose means a death sentence for the Yazuka. That’s why you shouldn’t be surprised if Reiko’s father behaves as he does when he finds one on his house’s door. But the young Japanese writer also lives in Napoleone’s dreams in the role of a peasant called Reiko. And Reiko has been taken as prisoner by Shin, the necromancer of the Crystal Peak. Only the Air Dragon has the power to violate the inaccessible summit, but the curse that haunts the place might be fatal for Napoleone and his magic mount. Is the girl’s fate doomed?