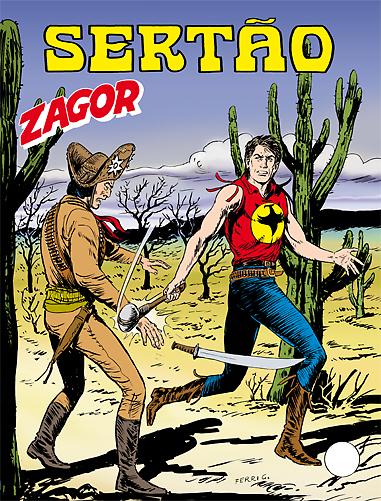 Who are the cangaceiros? Colorful bandits, skilled guerrillas, defender of the poor people? They live in the harsh bush of the Brazilian Sertao, led by the brave Lucas da Feira, also known as the Black Devil, who has a special squad of soldiers, at the orders of the cunning Captain Gaudencio, on his tracks. Followed by the bad reputation they gained during Salvador de Bahia’s riots, our friends Zagor, Cico, Lobo and Kismeth will find themselves in between the two clashing factions. The Spirit-with-the-Hatchet will fight the soldiers and the cangaceiros alike, but fate will soon force him to choose a side...