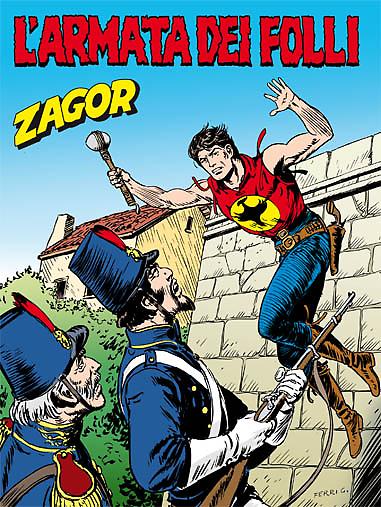 Introduction: There's a traitor among the ranks of those who fight for their freedom!...

The great slave riot that had been boiling for a long time in the plantations around the city and on the streets of Bahia, bursts at dawn, along with the singing of the "alvorada" — the song that, every morning, marks the beginning of a new workday. While trying to free Magdalena Da Silva, an upper-class white woman captured by the rioters, and Kismeth, the African lady of Rodrigues Lobo who joined the rebels to escape the plantation she’s been sold to, Zagor and his Portuguese friend find themselves involved in the fight. They’ll find out that somebody, amongst the ranks of the “mad men army” who’re fighting for their freedom, betrayed his comrades...