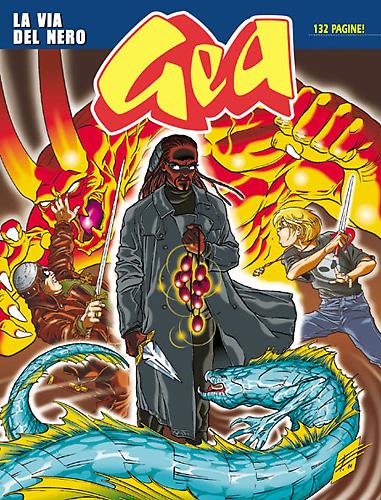 “It’s a hard destiny, having a destiny. Predestined man advances and his steps cannot but take him there, to the point of arrival that the stars have destined for him...” Thus wrote Italo Calvino in his commentary on Orlando Furioso. The negative protagonist of this episode is a predestined man. A Bulwark, but in reality he is a “Heir”, a descendant of those hybrids that originated in primeval times from the intercourse of Men with the “Devil”. Because of his double nature, of which he is unaware, he is vulnerable to the influence of the Mystics of the Enemy Race; He will find himself, against his will, on the opposite side of the barricade, fighting against his old comrades.