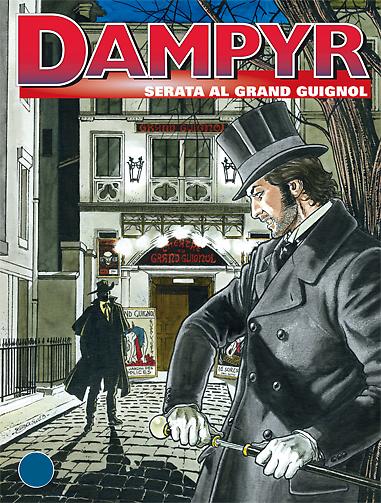 Introduction: The Theater of Fear presents... a bloody show!

At the end of Impasse Chaptal, a colorful alley in Paris, there’s the building that once was home to the famous “thrill theater”, the Grand Guignol. The passionate collector and lover of thespian memorabilia, Monsieur Mathis, is trying to bring the theater back to its old splendor, but the savvy modern audiences just laugh at his revival of old classics in the “terror” genre. An outraged Mathis accepts the co-coperation of a mysterious character, the self-appointed Prince Sho Huan, who tells Mathis that he aims to bring back real blood and true fear onto the stage...  The dark producer keeps his promise, in a crescendo of crimes and madness that will involve Harlan and his Parisian friend, Angélique, in a revival of old enemies on the boards of that ghostly stage...