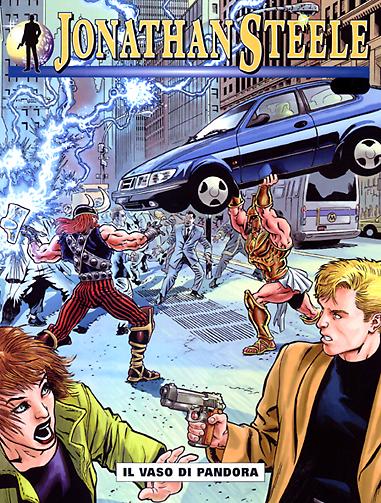 Introduction: just one single man can decide the outcome of a war!

For months they’ve remained in the shadowy background, yet they’ve been far from inactive. They’ve drawn up their battle plans, sharpened their weapons and now they’re back: the gods, those mysterious entities that forced Jonathan Steele to enter into action several times in the past, both alongside them and against them, are now about to unleash a gory war and they’re going to get our planet embroiled in it as well. In fact the very fate of the whole of mankind is at stake…