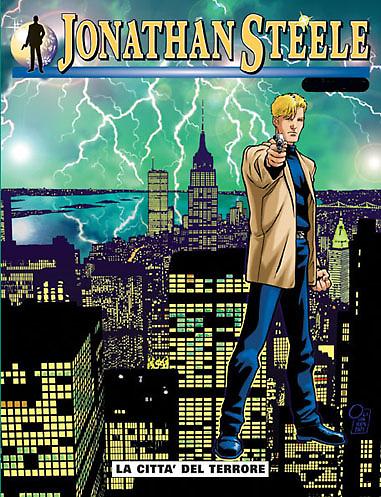 New York is in the thrall of a climate of terror that seems to rise from the remotest loops of a time warp. Bloodthirsty monsters and fearsome powerful demons hold the entire city in their clutches. The population has been evacuated, but a few persons have been left trapped in the infested buildings of the city. An army task-force is entrusted with regaining control over the territory, and this involves not only making use of conventional weapons but also calling upon the assistance of the main Magic Agencies. Among these, of course, there’s the one founded by Jasmine and Myriam. Competition is extremely fierce and danger is intensified by the presence of the Agenzia Brummel. How come? Well, Jonathan Steele is working undercover and it would be highly embarrassing if his real identity were to become known...