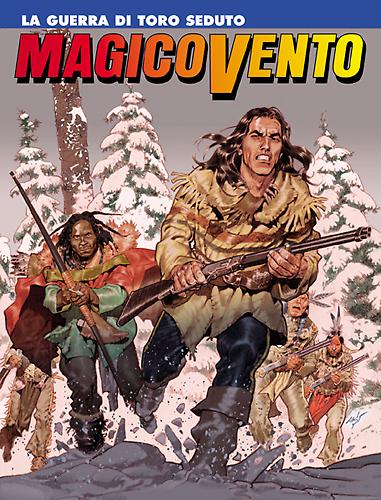 Introduction: The first instalment in a great new saga extending over five albums, devoted to the conquest of the Black Hills!

Magico Vento has a risky task ahead, which he’s been entrusted with by Nuvola Rossa: to watch over his son Jack Red Cloud and instruct him in the art of fighting. The young indian, who has grown up on the reservation and has no experience of fighting at all, is clearly confused and is alternately seized by panic and given to excesses of violence, especially against a group of wounded and helpless soldiers taken prison by the Sioux. What’s the right line of behavior to adopt towards them? The war has started, but nobody has written the rules down…