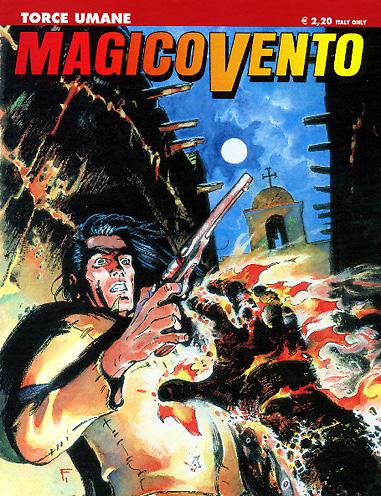 Introduction: The flames seem to burst forth from their very bodies. But what triggers them? What is the origin of the curse of Toledo?

In the jurisdiction of Judge Morris, in the Rockies, there’s a small township, originally founded by the Spanish, where cases of human spontaneous combustion have occurred. The judge entrusts the investigation to Magico Vento and Poe, who thus find themselves embroiled in an affair rich in unexpected developments, amid sorcery, exorcisms, superstitions and all too real nightmares, which seem to have sprung from the darkest Middle Ages.