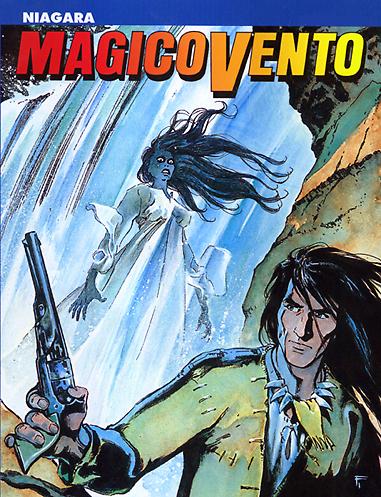 Introduction: New players for a tragedy that has already occurred, but perhaps Magico Vento can still stop Death the Grim Reaper from raking in the whole of the harvest


Magico Vento, whose heart has for some time been closed to visions, has a dream in which he glimpses Norma, his Norma, standing on the edge of a waterfall, about to throw herself into the abyss. Simply a nightmare or an ominous premonition? The only way to find out is to try to locate Norma Snow, who lives in voluntary isolation together with Howard Hogan and doctor Kernan in an old house, laden with unhappiness. But why is Henry Task, in the name of and on behalf of Senator Fulton, trying to prevent Ned from meeting Hogan, while another agent has taken on the task of neutralizing Poe?