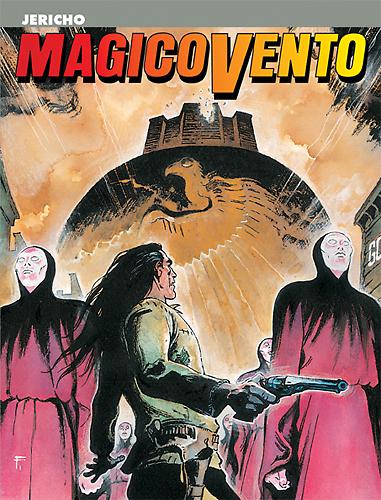 Introduction: The new Jericho seems to be condemned to destruction and, while Poe thinks its a question of sabotage, Magico Vento seems to be listening to the ancient prophecies

A series of firebombings disturbs the peace of Jericho, a city of store-keepers that derives its wealth from travelers passing through who arrive with the Railroad. Poe runs the risk of falling victim to the first of these blazes and he is saved by Sister Blandina, a young nun of Italian origin. She is terribly worried: she’s had a vision warning her that Jericho is doomed to a dramatic fate. The small American town has been named after the ancient Biblical city, conquered by Joshua, and this is a sacrilege as the Bible explicitly forbids reconstruction of the city of Jericho.