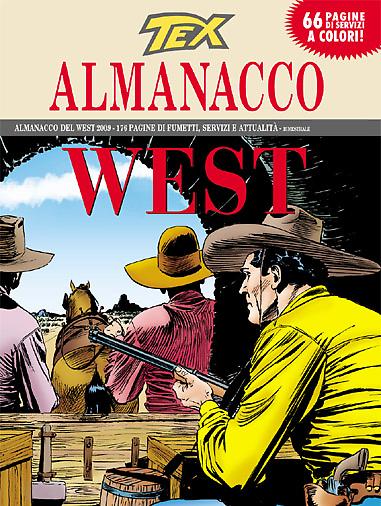 Young Scott Henderson, freshly graduated from West Point Academy and appointed as a Lieutenant in Fort Thomas, finds himself deadly trapped! While following the tracks of the bloodthirsty Comanche marauders led by Captain Blanco, Henderson is drawn into a lethal ambush: the men of his patrol, surprised by the enemy fire, die like flies, and the Natives seem determined not to leave anyone alive to defend their lair in the Galiuro Mountains! His only hope to escape this desperate situation lies in Tex and Carson's hands… This year's Almanacco also features full-colour files about the “samurai-Westerns”, the famous gunslinger Wyatt Earp, and the great Frontier storyteller Borden Chase, and an overview about books, movies, TV series and videogames of the Western year.