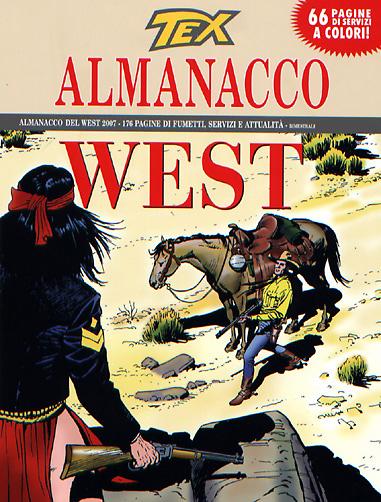 Introduction: On the Almanacco del West 2007, an unpublished Tex story and 82 pages of articles in full colour!


A gang of Mescaleros fleed from their Reserve is accused to have poisoned their own tribe’s wells. Among the victims are a few relatives of Salgado, head of tribal police. Having made the oath to avenge himself, Salgado is ready to employ any means necessary to catch the fugitives, led by his cousin Klanay, who proclaims himself innocent. Will Tex be able to avoid the fratricidal clash and apprehend the authors of the massacre? This year’s Almanacco also features three colour files about Hollywood star Glenn Ford, western novels by Mino Milani and Frank Gruber’s pulp heroes.