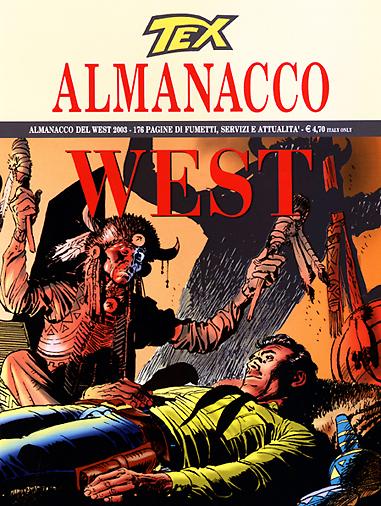 Introduction: Tex in a 102 pages story: "Eroe per caso". Everything on books, movies, videos and cd-roms of the year. Dossier: A lone rider named Gary Cooper. Buffalo Soldiers, when black people put the uniform on. The endless legend of Pecos Bill. 176 pages along the savage trails of the West!

With his gun, Dan Reynolds is quick as lightning. It’s a shame, though, that his skills are limited to are just a bit of a put-on, and that he really isn’t able to kill anybody… And even more, when he tries to pass for a giant-killer to pocket the reward put on Blue Diamond, a ruthless killer who has actually been killed by Tex...