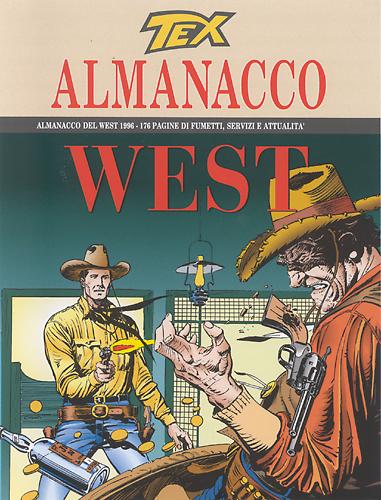 Introduction: Tex in a complete 94-page comic strip: "L'uccisore di indiani". The year of the Western: everything about the books, movies and videos. John Wayne: The Duke of the West. Pony Express: half-way between myth and reality. Hugo Pratt: magic of Adventure. 176 pages along the wild western trails!

Everything you wanted to know about the books, videos and films of the year. And three articles on John Wayne, the Pony Express and the western characters created by Hugo Pratt. In the comic strip story, Tex and Carson travel to the city of Ponderosa where they plan to investigate several horrific crimes. The Jicarilla Apaches are terrified: a shadowy masked murderer is attacking Indians belonging to their tribe, bludgeoning them to death and then scalping them! Only at a cost of enormous risk and great effort do the two pards succeed in worming out the motive behind these fiendish crimes and the identity of the mysterious slaughterer of Indians.