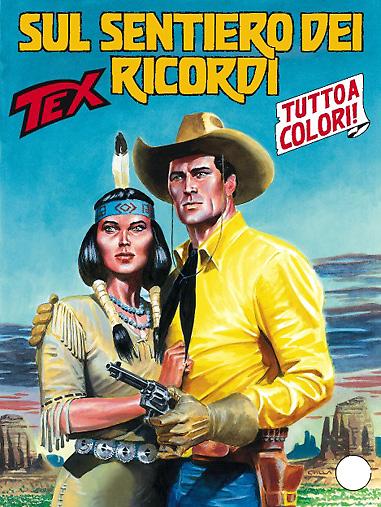 Introduction: Celebrating Tex's 60th birthday, a full-color adventure for Eagle of the Night and his wife, Lilyth!

Looking at the ruins of San Joaquin Mission, most people don't see anything else than a mass of wind-weathered stones. For Tex, it's a place that evokes old memories, where his mind can go back to the happiest times of his life, when he rode the prairies alongside his sweet Lilyth. But inside the walls of the mission, the couple lived a terrible adventure that risked to prematurely sever their bond. That's the place where the proud and ruthless Apache, Cuervo Malo, sieged them with his band of renegades, forcing Tex and Lilyth to a desperate struggle!... Beside the fire, in the company of his pards', Tex reveals a piece of his past that remained unknown until now!

(Enclosed album) Il massacro di Goldena
A Western novel by Gianluigi Bonelli, with art by Aldo Di Gennaro. Originally published in 1951, the pages of this tale show us the creator of Tex in a different light – that of the novelist looking for a new literary style, to try and follow in the tracks of his favorite American writers, who wrote in an extremely hard, dynamic language. 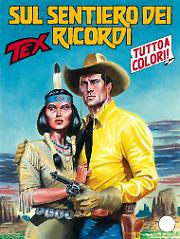 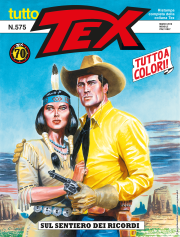