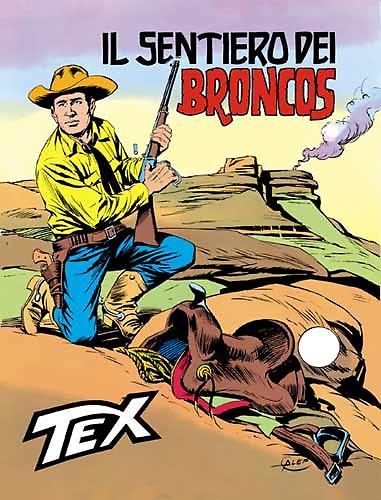 The mystery of the mine in Little Rock having been resolved, the apparently utterly respectable gang that was courting a gigantic loot of bold all get sent to hell. Some time later, on the Navajo reservation, Aquila della Notte gets rid of two unscrupulous whisky and arms smugglers working for the nasty piece of work Rico Torres, and the underhand Mexican bandido called El Plateado vows to skin Tex alive! In the meantime, the slippery Miller and Graham, counting on important connections, maneuver their dealings with the Indians by blackmailing army officials. But the scam is a smokescreen behind which something far bigger is hidden: an ancient treasure.

In this number: the previous adventure extends from page 5 to page 72; from page 73 to page 114, “Sabbie insanguinate” (“Bloodied sands”) (artwork by Giolitti and Ticci). 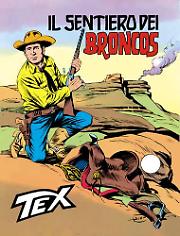 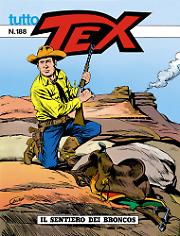 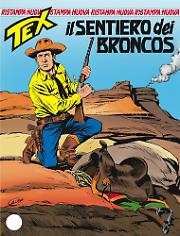