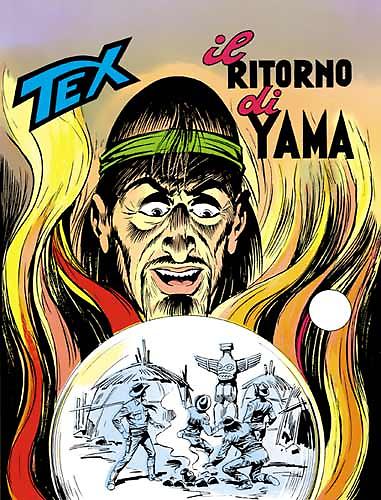 Thanks to Tex the weak points of the alien threat are discovered: the army transforms Meteor Crater into a immense furnace, burning the lethal extra-terrestrial sea urchins. In the meantime, after his black servants and the Priestess Loa have been thrown into the ocean by a storm, the diabolical Yama, led by infernal powers and the spectre of his father Mefisto, is saved by the Indios off the coast of the Yucatán. After subduing the natives by magic, Yama enters into an alliance with Manuela Romero, a descendant of the Mayas and the granddaughter of the foul General Zamora who resolves that once he has reached his objectives, he will eliminate her to reign over the region alone...

In this number: the previous adventure extends from page 5 to page 33 (artwork by Letteri); from page 34 to page 114, “Il ritorno di Yama” (“The return of Yama”) (artwork by Galleppini). 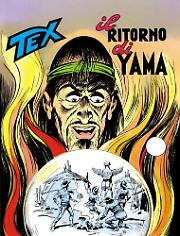 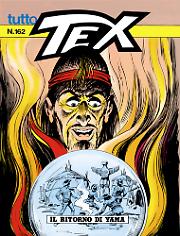 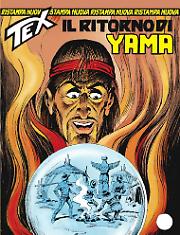