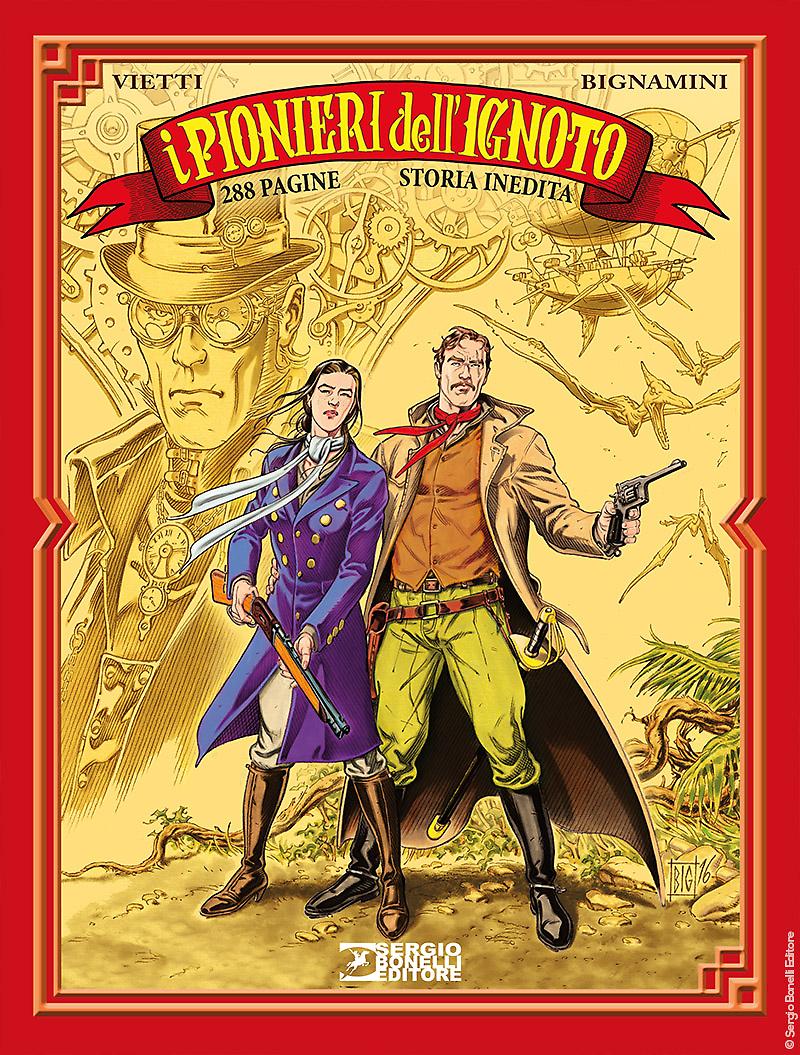 Introduction: London, 1882: flying barges, steam-operated robots, creatures from other dimensions... an adventurous journey in the heart of the Unknown!

In the gloomy mists of an "alternate" Victorian-era London, a band of adventurers led by Jack Gordon, a Royal Highlanders captain, gathers in order to organize a hazardous expedition. Their goal is to sail up the Nile until Sudan and beyond, trying to rescue Reginald Stockwood, an archaeologist who vanished during his search for a lost valley where mysterious creatures might live. Gordon and friends are not the only ones who want to find Stockwood—soon they will find themselves involved in a battle of ancient secret societies, who fight for control over an invention that may change the course of history!