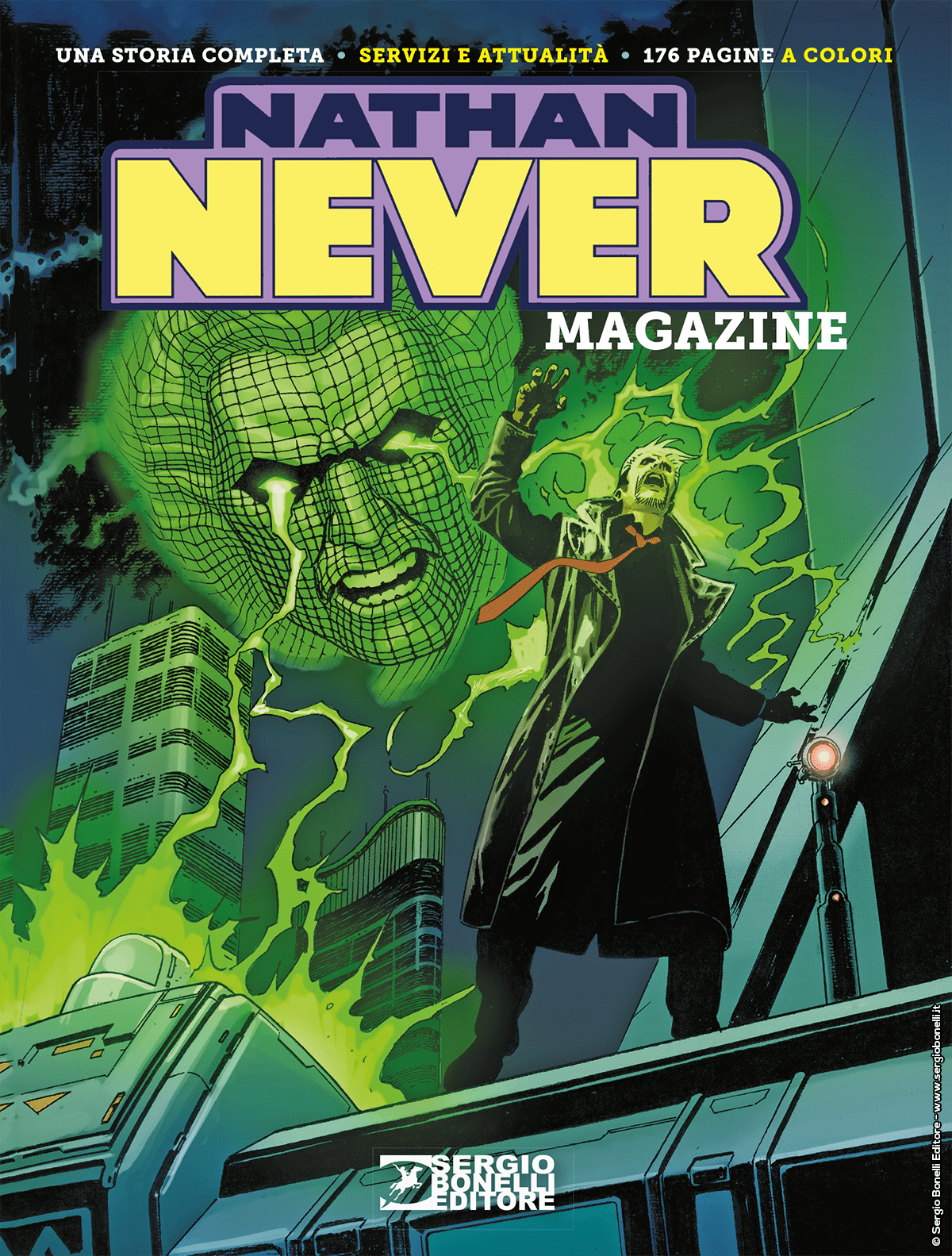 Introduction: Our annual appointment with all things Sci-fi is back. And with it, the return of the historical, first Nathan Never Speciale, in a new, full-color edition!

The 2019 edition of our Nathan Never Magazine offers a valuable amount of information about the sci-fi world and an overview of this year’s sci-fi movies, books, videogames, and comics. Also, dossiers about love stories between humans and A.I.s, and the cinematic and literary trips to the Moon.

During a rock concert, Cybermaster, a virtual entity born out of a program that the Mutated generated to overthrow the established order, causes the death of many people in the audience. It’s just the beginning of a series of deaths that will shock the city. Who’s behind Cybermaster? What’s the connection with the Gibson Ics and the computer genius, Max Swanwick, who died in the Goodwalk Penitentiary? Agent Never, with the help of the lawyer, Olivia Olling, will have to fight Cybermaster on its court.