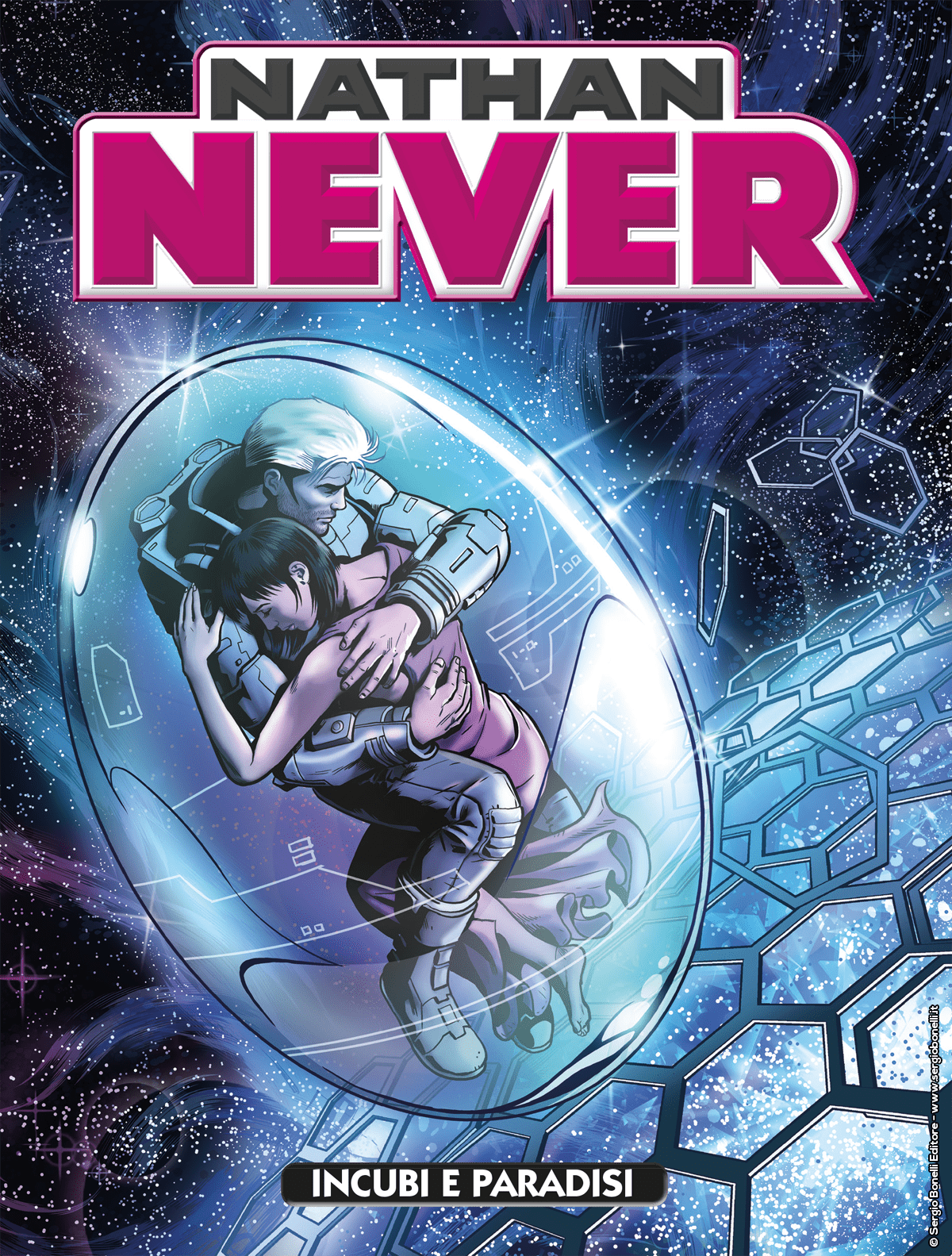 Introduction: Nathan Never is ready to put an end to the deranged plans of Francis Foley…

An unexpected message from deep space finally sets Nathan on the tracks of Elania Elmore and her son Matt, who have been kidnapped by a mysterious man. But it won’t be easy to find and rescue them. While, on board of the orbiting space station the Agenzia Alfa director is fighting to save herself, her son, and a disquieting boy who calls her “mommy”, a new threat causes Foley’s madness to burst in all its violence. And it seems that he’s not the only one with an unrequited love...

Attached to this issue, you’ll find the N. Zero of “Odessa”, the new science-fantasy series by Sergio Bonelli Editore!