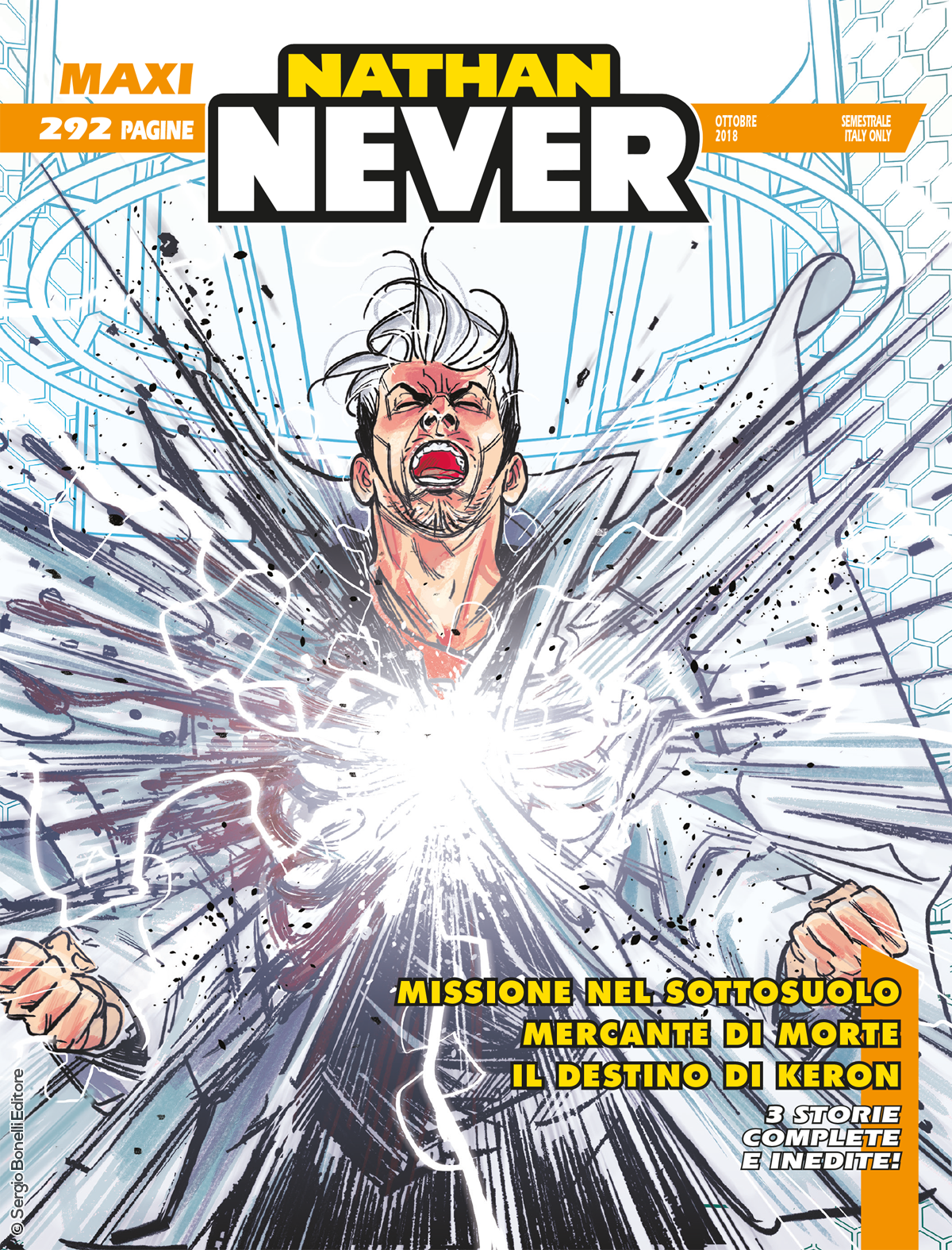 Introduction: In the inhospitable sands of the “Territory”, facing a gang’s enforcer who turned into a too dangerous criminal, dodging bullets among the mercenaries and arms traffickers in Old Europe: three exciting adventures for our Special Agent Alfa!

While Nathan Never is traveling with a criminal transferred from a maximum security prison, their flyer crashes in the “Territory”. After he miraculously survived the impact, the Special Agent Alfa finds himself locked inside a strange underground building, with an unusual girl who lives in quarantine because her disease could exterminate the entire humankind...

A highly adrenaline-charged adventure for Nathan, Branko, and the other Alfa agents. Gunfights, mercenaries, and arms traffickers in the streets of the main cities of Old Europe. Our heroes will have to forge an alliance with a tight, well-trained squad of private troopers to face a dangerous mutual enemy.

Keron is a young member of a gang. His role is a classic cliche: he’s the big guy who obeys the orders, while the other members urge him to break somebody’s bones. His fellow gangsters order him about, deeming him a retarded. Yes, Keron is a bit light in the head... you could call him a simpleton. Well, a simpleton with a mean streak. But it’s an instinctual, primitive meanness… without a particular talent. One day, though, he happens to find a hiding place inside a molecular accelerator…