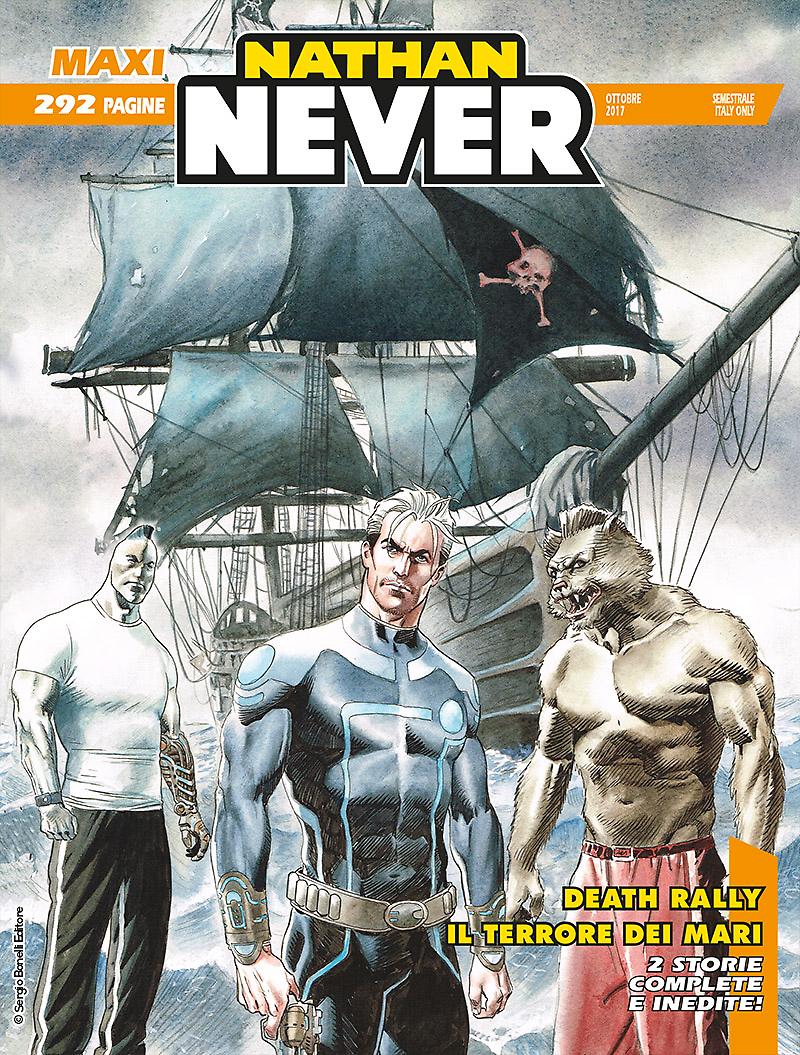 Introduction: In between sands and oceans, two Nathan Never adventures where things aren't always what they look like!

Against his will, Nathan accepts to be the bodyguard of a spoilt rich kid... And it's not a baby-sitting job, exactly, since the brat will take part in one of the most dangerous car races in the world! And the other pilots aren't the sole threat he needs to watch out for...

Nathan Never meets again the mutated wrestlers, Blue Fever and Wolfman, who opened an investigation agency. For their next mission, they will need to retrieve a mysterious prototype that has fallen in the hands of a gang of real pirates. It's a shame that the corporation that has entrusted them with this investigation isn't exactly a paragon of virtue...