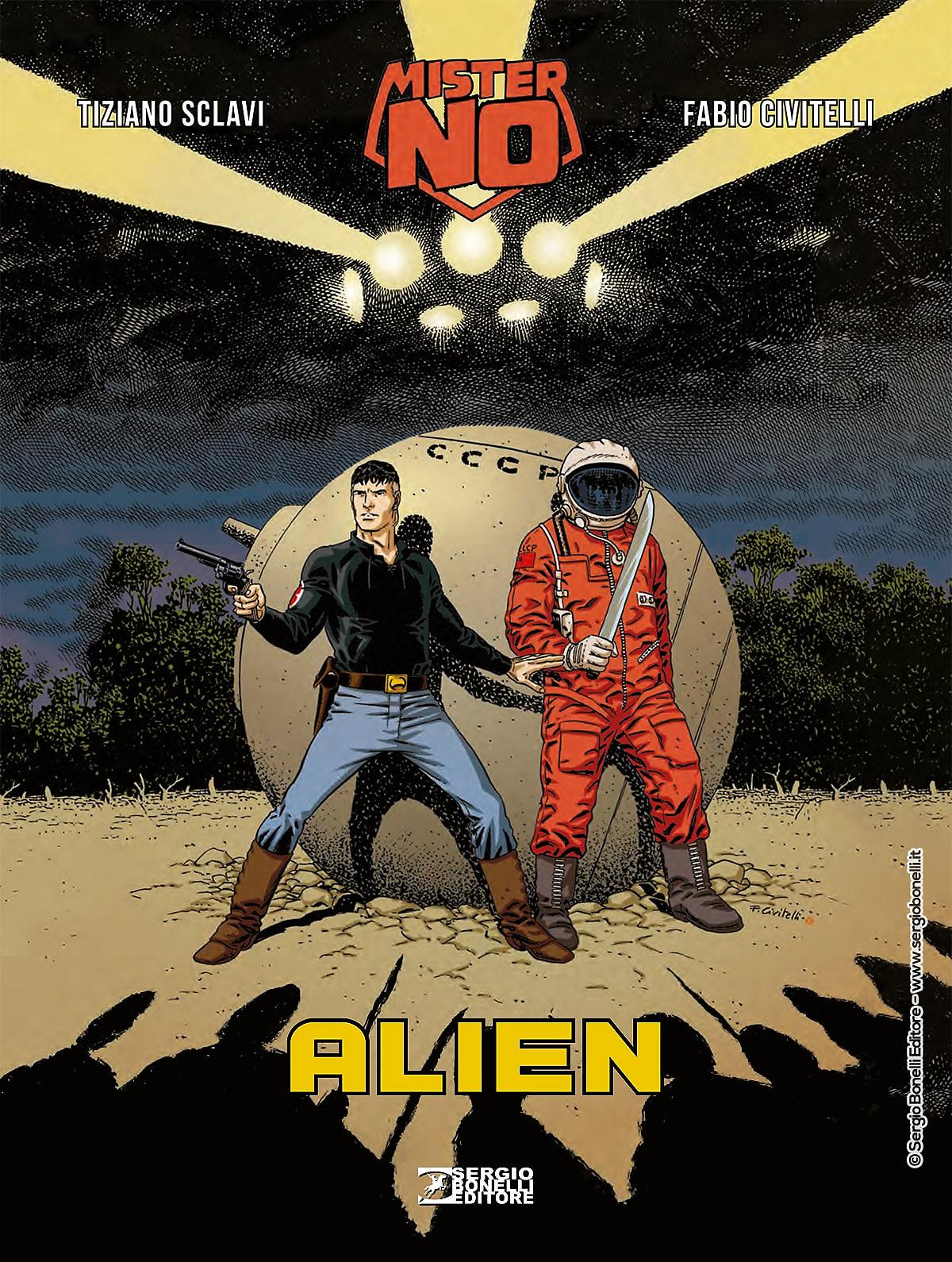 First published in 1984, Alien is an unusual and fascinating adventure written by Tiziano Sclavi, who would then create Dylan Dog, with art by Fabio Civitelli, on the verge of becoming one of Tex's most beloved artists.

Mister No's Piper is hit by a mysterious flying object and he finds himself a prisoner of an evil tribe when he is rescued by... a Sovietic cosmonaut!