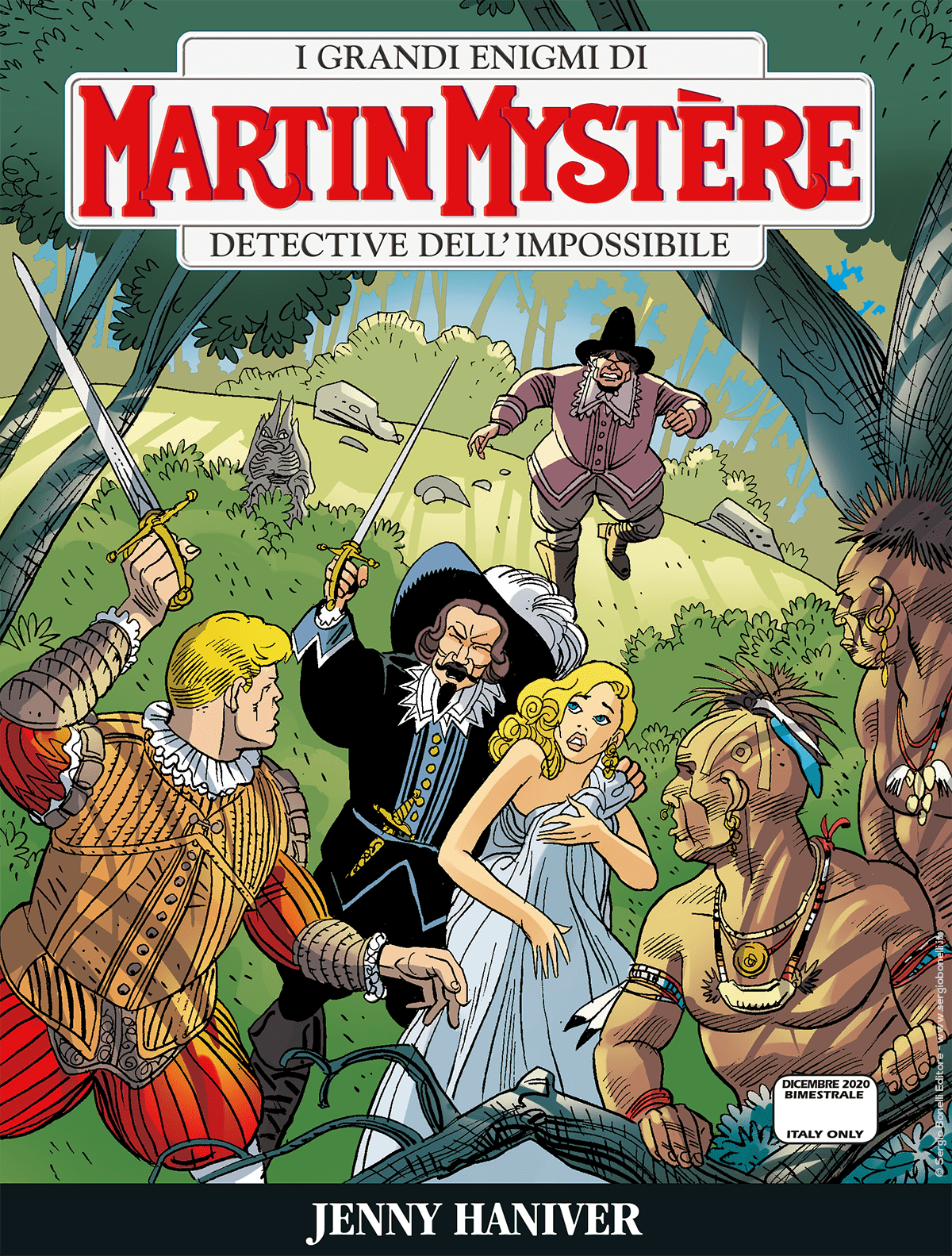 Introduction: Martin Mystère vanished without a trace! Or he’s simply in the British colonies overseas, in the 16th century…

Apparently, the Detective of the Impossible disappeared. He was going to investigate a site full of mysteries when his plane crashed off the Canadian coast. According to the authorities, there are no survivors. But things went unpredictably. How can Martin Mystère be in the 16th century, in the first British settlement on American soil? There are creatures suddenly appearing from the forests and rivers of unexplored territory– where do they come from? Who is the enigmatic individual that the Natives call Croatoan, and why is Martin chasing him both in the Old and the New World?