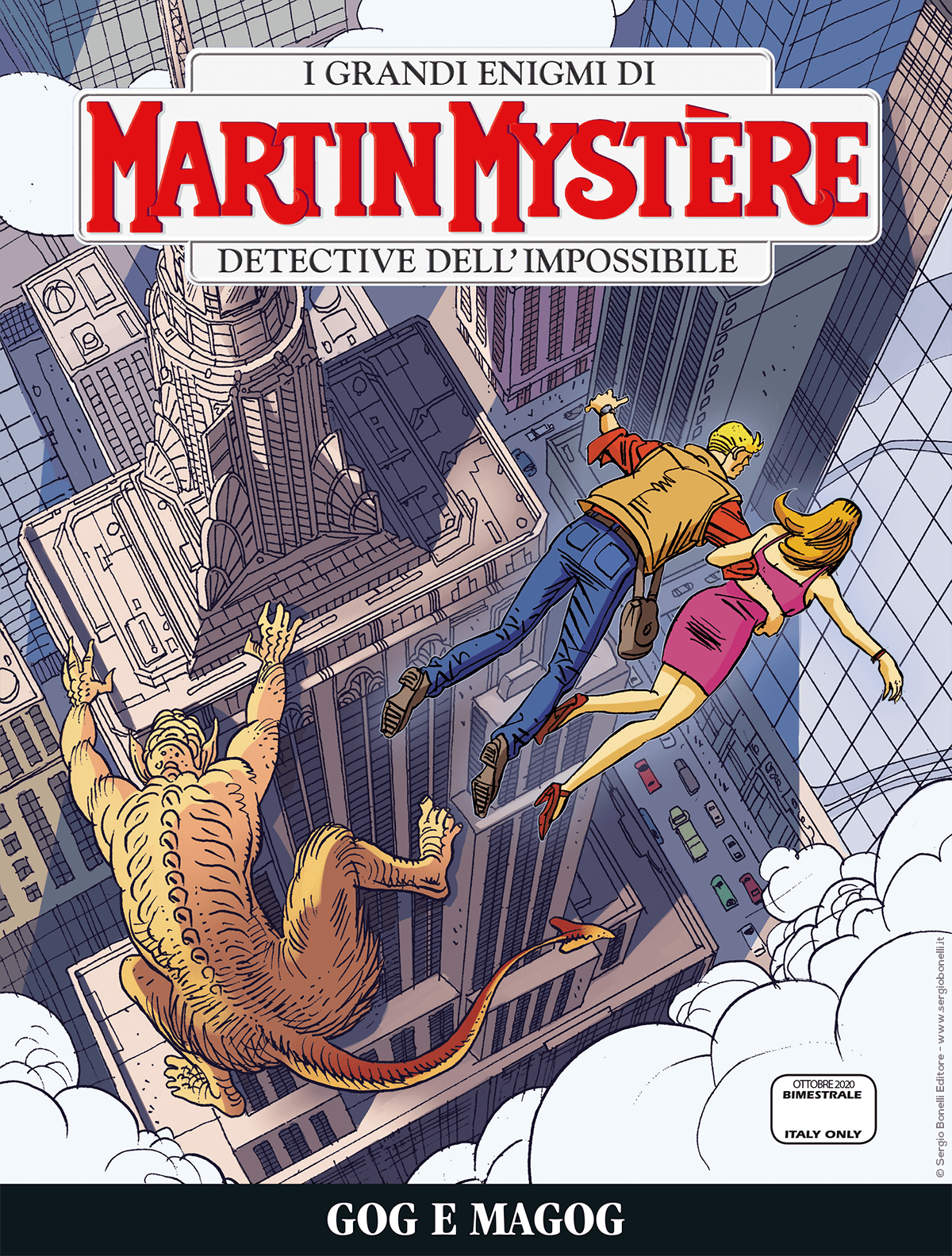 Introduction: Two mysterious creatures herald the coming of the Apocalypse over New York!

The biblical Gog e Magog are named a few times in the Old Testament, and we aren’t even sure if they are two living beings or a creature and a kingdom called Magog; in John’s Revelation, they come back as Satan’s allies. In our time, graffiti with their names start to appear on New York’s walls, while a mysterious woman and a monstrous demon roam the city, leaving a wake of death and destruction behind them. What is going on? Where did they come from? These are the enigmas that Martin Mystère will have to solve to prevent the Apocalypse from unleashing on the big city.