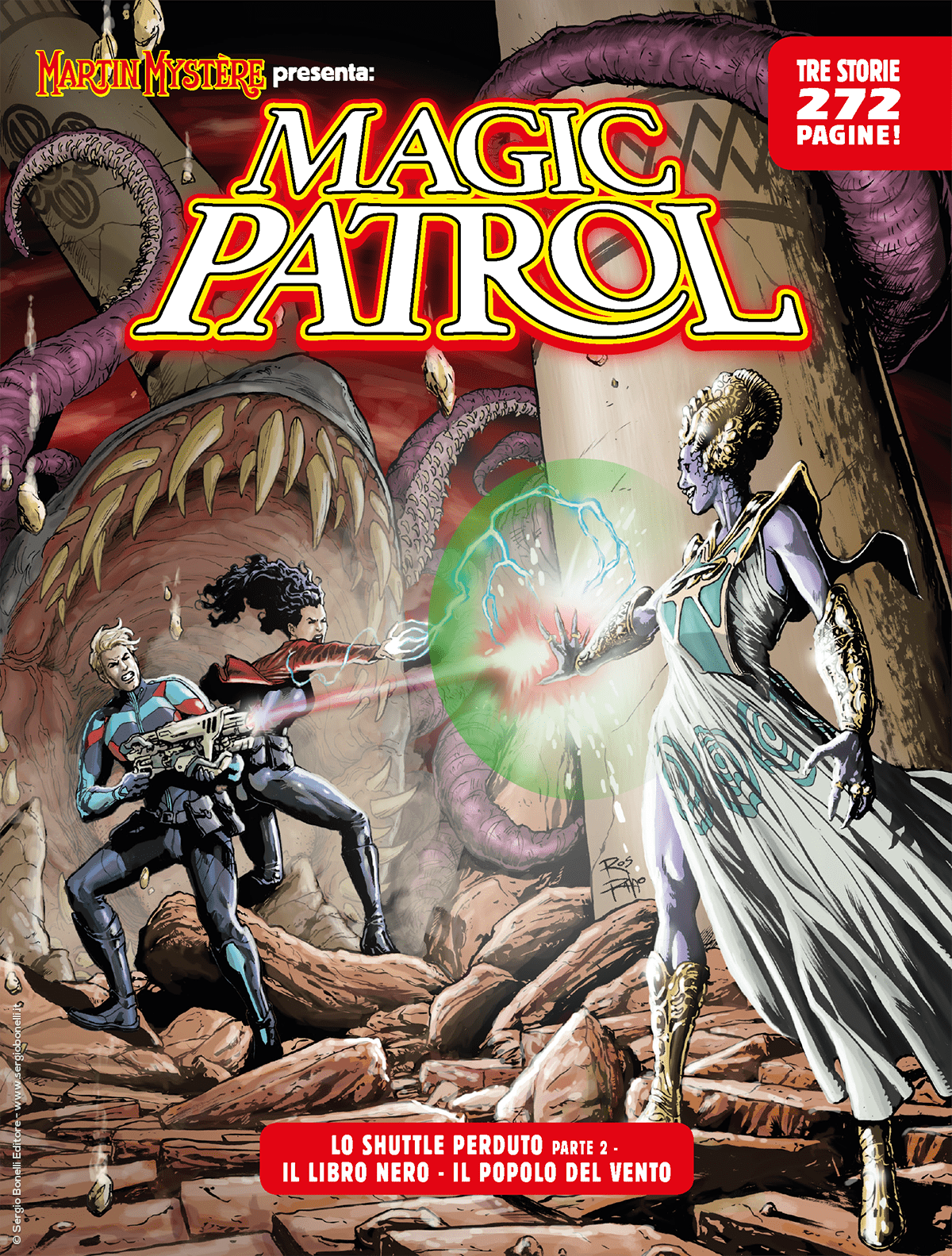 Introduction: The Magic Patrol is awaited by mysteries to solve, obscure grimoires with immense power, and a people hidden in the folds of time!

The adventure on the tracks of the mysteriously vanished “Ghostrider” comes to an end. Then, the Magic Patrol – employing Antonietta and Christine’s powers, Aldous’ capacity to control occult forces, and Jacques’ intuition and knack for action – will have to face the threats concealed in the pages of a cursed book, coveted by ultramundane demons. They will find the secrets of an ancient people, which are craved by ancestral creatures endowed with extraordinary and dangerous mystical powers!