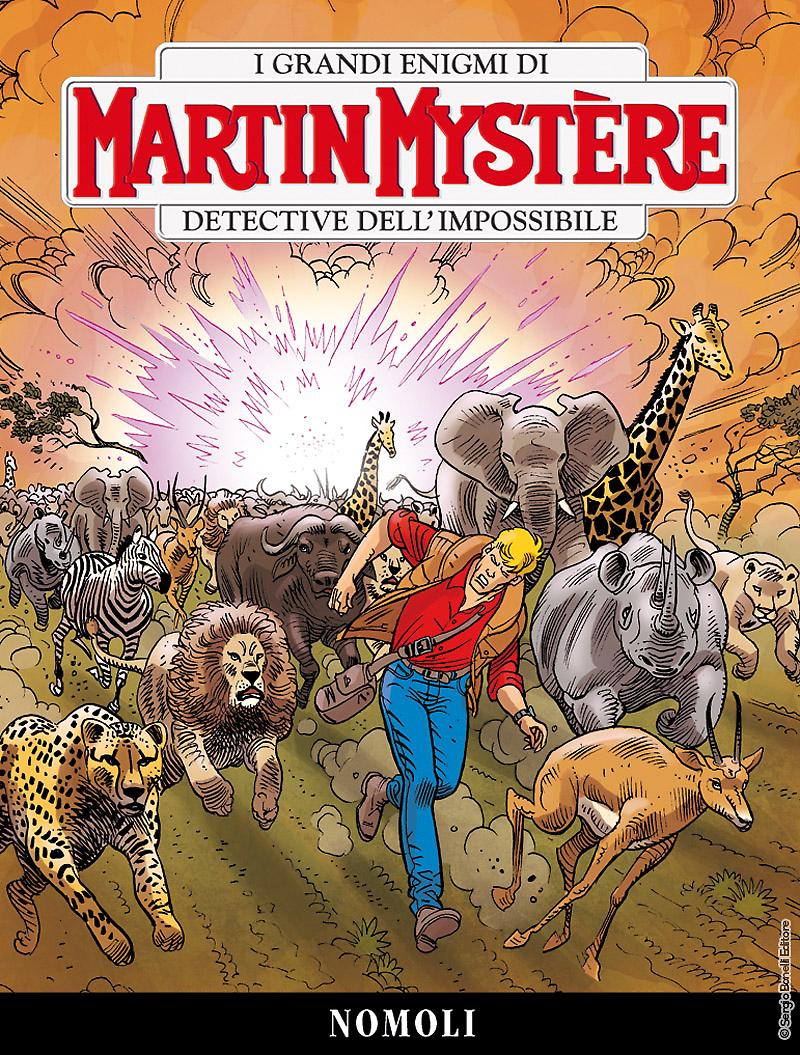 Introduction: It's not the Evil Genius' fault this time, but the Nommi are back!

"Nomoli" is the name of ancient anthropomorphic statuettes made of soapstone found in Sierra Leone, and somebody believes they represent extraterrestrial creatures called "Nommi". That's what our  Detective of the Impossible found out many years ago, in a dramatic adventure titled Il Genio del male.

At the time, Martin barely managed to prevent these creatures from invading the Earth. But he ignores that the Nommi hadn’t been defeated completely. Their "heirs" created a ruthless criminal ring, whose ultimate goal is particularly shady and might change the entire composition of the humankind.