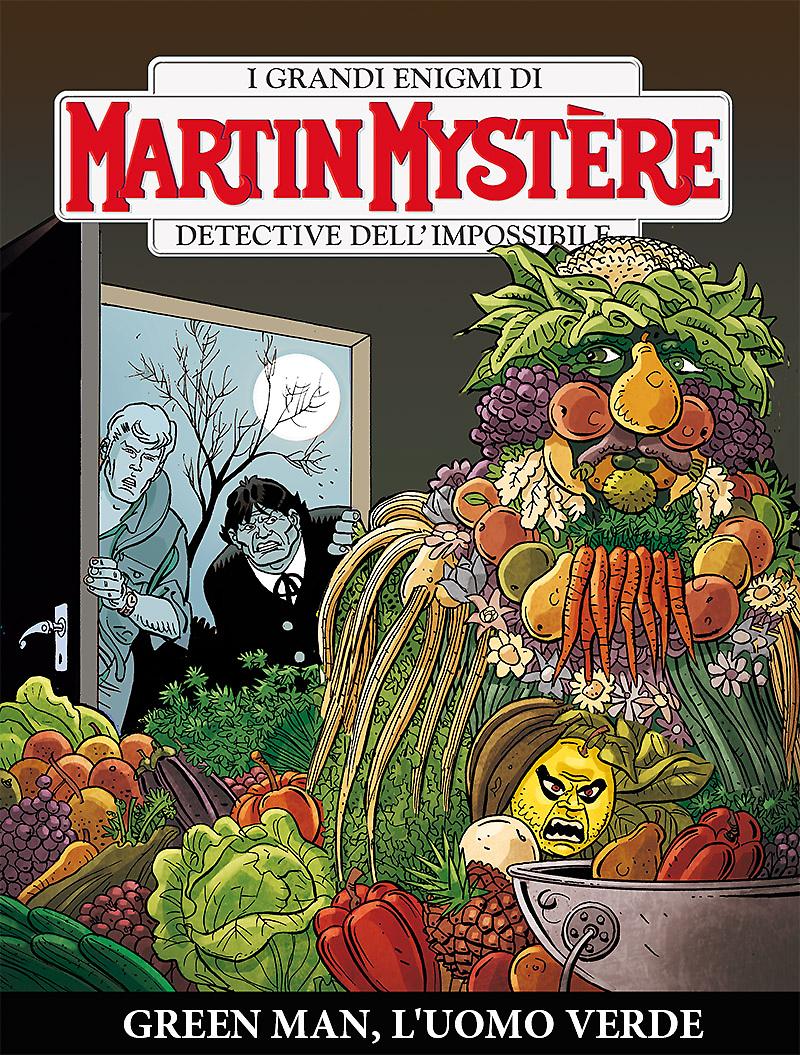 Introduction: What's the connection between the "Green Man" and the murder of Arcimboldo?

In most European traditions there's a creature that goes under the names of “Uomo Verde”, “Green Man”, “Homme Vert”: a human-looking deity, whose body consists of leaves and vines. He roams the woods, living in close contact with nature–but is he a good or an evil being? And what's the connection between the Green Man and the disquieting characters made of fruit and vegetables that were painted by Giuseppe Arcimboldo, the artist who was killed in 1593 in Milan? That's what Martin Mystère will find out, in his investigation about the mysterious events that had happened during the savage deforestation of a previously pristine area of Amazonia.