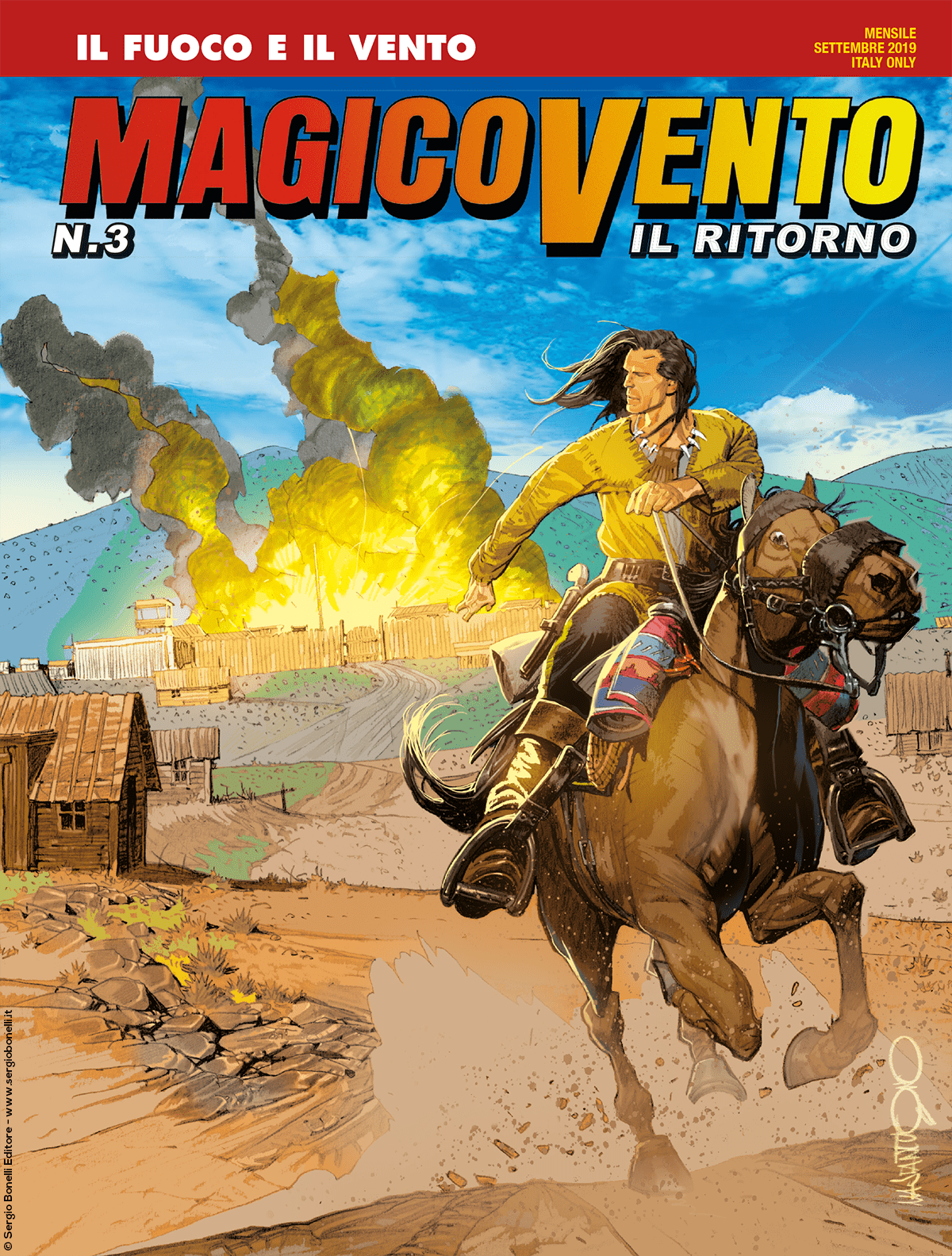 Introduction: The White Shaman is making a considerable effort to prevent an Apache riot stirred by the ruthless Herbert Mingus!

Ned is under arrest in Fort Apache. General Crook wants him to act as a peacemaker with Geronimo, but Ned refuses. Meanwhile, Poe and the Earp brothers are chasing down Mingus, a former missionary who’s trying to cause an Apache riot, with the sole purpose of provoking a no-quarter war. At Fort Apache, Chato, who’s in service as a scout, offers Ned his help to escape, but Magic Wind refuses again. He manages to escape on his own, devastating the Fort, while trying to have the regiment fighting Geronimo called back. When he finally joins Geronimo, Lozen, and the other rebels, Ned learns of a massacre: a peaceful Apache tribe was butchered, not by the U.S. Army, but by Mingus’ gang.