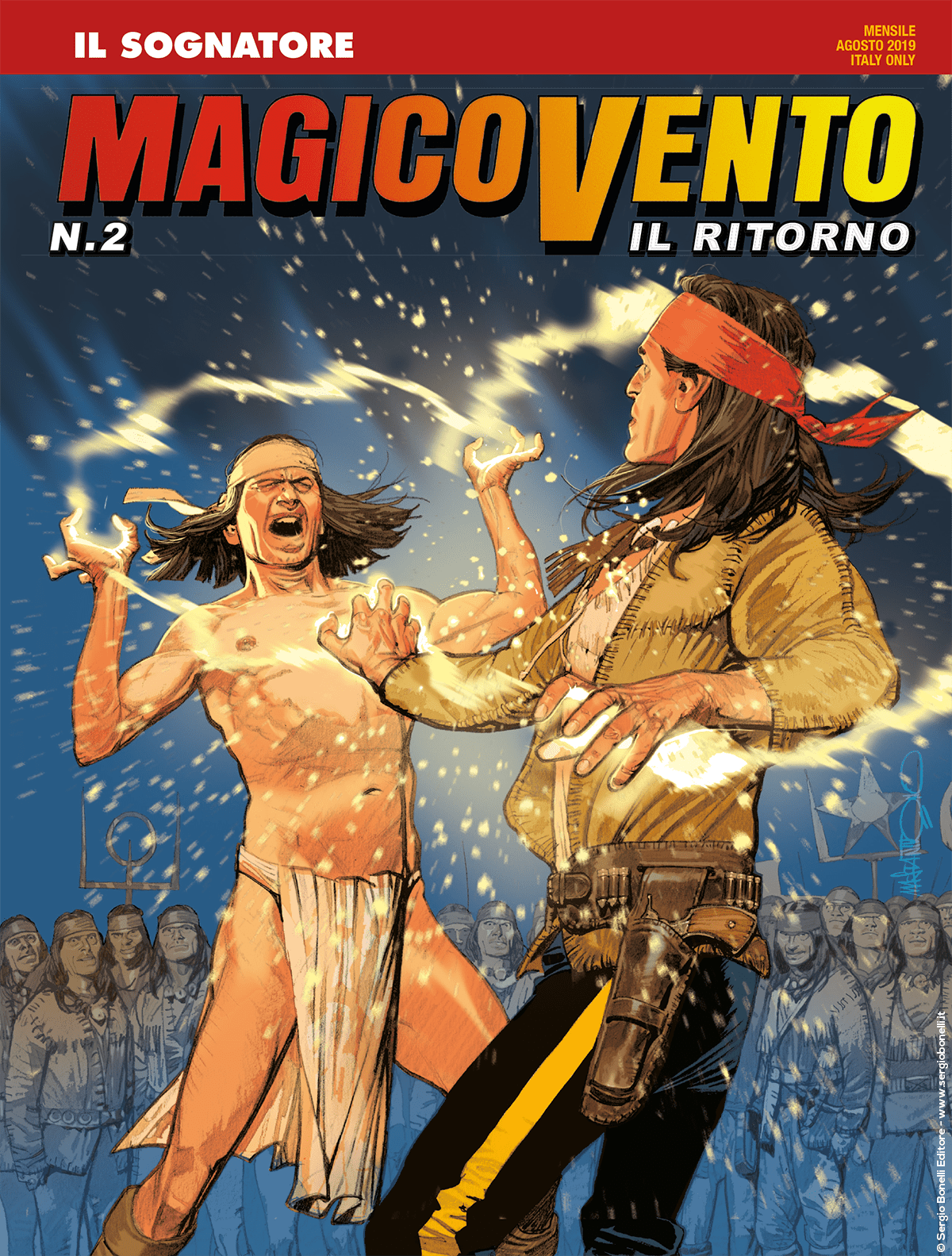 Introduction: A threatening snake shines in the sky, the menace of the Dreamer appears increasingly more concrete…

Ned finds Lozen, Victorio’s sister. Geronimo is also going to meet her and Nana, the old Apache chief. A meeting is underway. The great comet shining in the sky like an apocalyptic serpent worries everybody. Rumor has it that it was evoked by The Dreamer, a young prophet who has been educated by a mysterious missionary, a White man called Herbert Mingus. The Dreamer promised to resuscitate the great Apache leaders of the past (Kociss, Mangas Coloradas, and Victorio) to fight the ultimate battle against the U.S. Army. Meanwhile, General Crook orders Poe to investigate about Herbert Mingus, in the San Carlos Reservation. While The Dreamer has his ceremony, soldiers are getting nearer to his lair to arrest him.