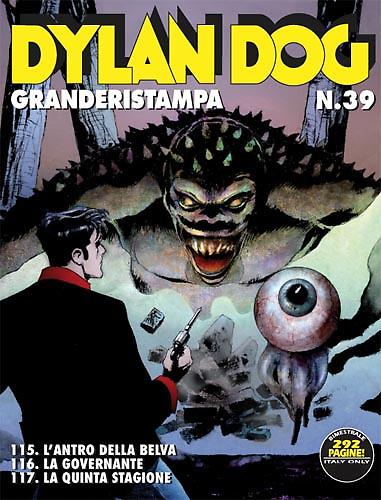 Introduction: The abyss of memory, a monster nanny and a demon hidden in a microprocessor...

All the fairy tales have their wolf, their evil ogre. Ariel Howell’s fable is her life, a story full of the fantastic in which she has closed herself in order to flee from a horrible memory. But the monster has come back to persecute her, with its fangs and its threatening look; does it really want to kill her or is it trying to tell her something? Between the lines Dylan reads the plot of a forgotten story, a children’s story that talks about adults. Once upon a time there was…

A funny little hat, the inevitable umbrella. A polite genteel old lady. A loathsome demon hidden behind these reassuring forms! Erika Hautala is not an ordinary nanny, but she knows how to do her job. Hire her and, you’ll see, no-one will bother you… ever again!

Never trust your computer. Everybody knows that: they’re capricious machines, driven by an impenetrable magic, sometimes capable of driving people mad. This is what happened to Doctor Dipslip, who was afflicted with eternal insomnia and persecuted by strange nightmares… Inside his microprocessor, there’s a demoniacal force that communicates with the bottom of Hell and distorts reality into a strange dream…